We were supposed to go to El Paso this past weekend to get a recall fixed on T's car. Something to do with the air bags I think. It's the closest dealership to service his car, so instead of him spending another day away from us as if he were at work we decided to all go. Figured we'd hit up a pumpkin patch, get N some 3 month old portraits taken, just make a day of it.

When he called to schedule the appointment, he found they don't have the part for the recall and they'd have to order it. I was surprised, but I guess in thinking about it his car is a 2004 and a few generations old so it's not all that shocking they don't have parts on hand for it. We talked about going anyway to get out of the house, but ugh. It's a 2 hour drive one way. It's too hot for pumpkins to last this early - we learned from Vegas, in the desert you gotta carve pumpkins as close to the 31st as time allows. And he'd have to go back in the next weekend or two whenever the part comes in. So we decided against it.

Instead we headed up into the mountains for a hike and a picnic! The weather is cooling off - ish (it was still 89 when i picked H up for school yesterday, booooooooo). The kids will do anything outside if it involves food. I wanted some exercise that's not running laps around our neighborhood. We asked some friends who've taken their small kids to the same area to hike for a good trail, and off we went. We didn't quite make sense of the trails and distances before setting off so our planned mile hike turned into almost two and a half! It was some hard work, but a whole lot of fun. The kids were troopers. A little whining about when exactly we were gonna eat. And then after our picnic a little bit of "i'm tired of walking; when will be in the carrrrr". But as soon as their groans of not wanting to walk anymore were met with responses of okay cool hope you like sleeping here with all the animals they sucked it up and finished the trail. 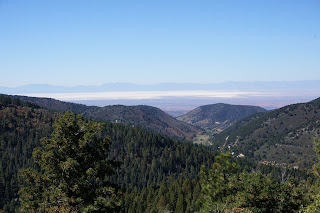 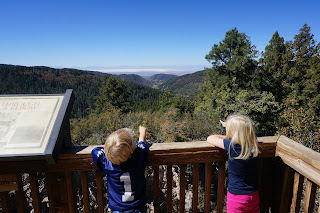 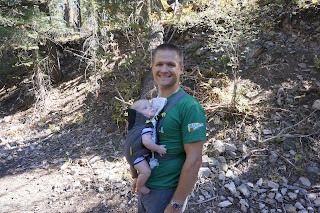 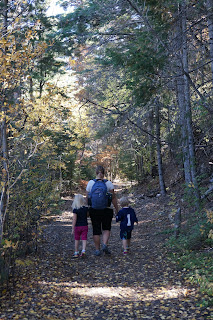 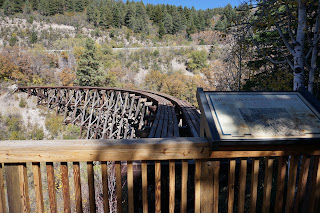 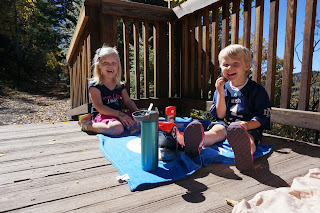