I was so happy that this deployment allowed for visitation. The separation was going to be hard enough, but when I realized that it fell over our very first anniversary I was extremely sad. We had planned on doing something big and special and then it was like we're not even going to be together? Uncool air force.

But it worked out well enough. The base lodging facility isn't quite the hotel in South Beach we had hoped for, but at least we were together. :) And for the location I'd say my husband did a good job of making it count. He found a wine bar restaurant and made reservations. We got all dolled up and enjoyed a great meal! 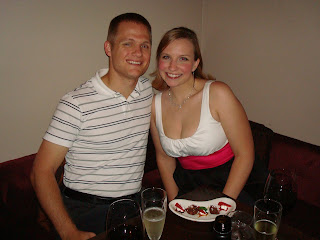 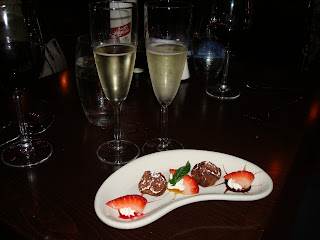 The restaurant knew it was our anniversary so they surprised us with champagne, strawberries & delicious truffles! It was such a nice touch, and surprises are always fun!

So we had our big night out on Saturday, officially 364 days married and we wanted to still do something special on our actual anniversary so we had a picnic. We were going to go to the Swan Park, but we weren't sure if you could bring food due to the wild birds all around. Also it had been raining all weekend with more scattered showers predicted so we decided to picnic at Memorial Lake on base.

We got sparkling wine, I made some picnic friendly finger food, and we packed it in our awesome picnic basket which we received as a wedding gift - so appropriate! :) 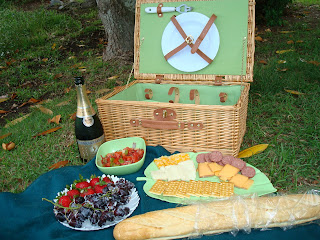 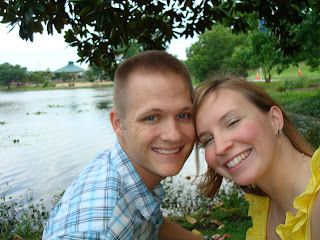