I do hope everyone had a fun holiday weekend!  We certainly enjoyed ourselves.  It was a workday for T, but like his squadron tries to do every holiday they go into minimum manning mode and you only have to be there for your scheduled time instead of for the entire shift.  And it turned out that he was not on the schedule for Thursday.  So fun surprise, yay!

We started the morning by going to see Despicable Me 2 with friends.  Then we had lunch & the kids took naps.  While they were sleeping, T & I settled in for our annual viewing of 1776.  If you are unfamiliar with it, it's an incredibly cheesy musical from the 70s staring Mr. Feeny as John Adams and a young Blythe Danner as a rather saucy Martha Jefferson.  We love it.  I like to think that's how it really happened.  Congress singing and prancing around while debating the idea of a revolution.

The kids and I had been invited to our lovely friend's house for hot dogs & kid approved firework play, but now daddy got to join us!  We had them over to our neighborhood pool after nap time and then went to their house.  She had the food & the fireworks.  When I asked what to bring she said mixers for her booze because it's 4th of July & someone ought to be drinking.  I mean, when your pregnant friend asks you something, you happily comply ;).

Most of you saw the crying picture from the 4th on my facebook.  This is the best one we got of the two of them.  Although I'm not sure when B turned into Zoolander. 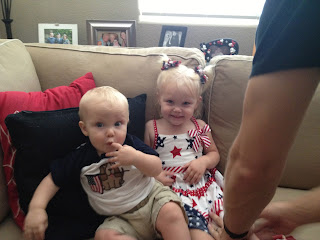 We started by throwing poppers on the ground . . . 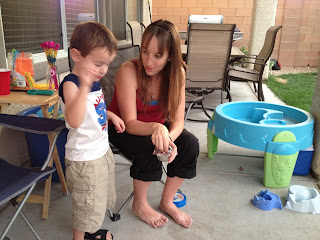 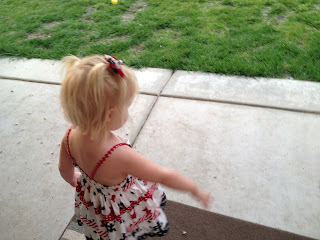 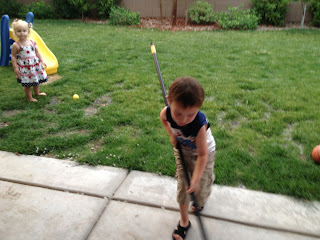 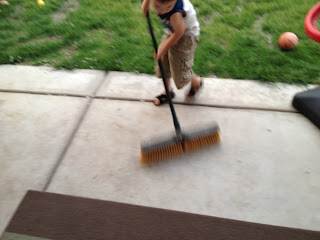 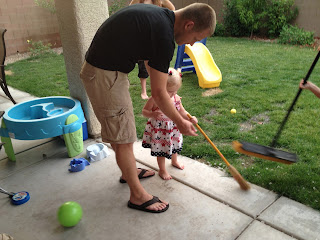 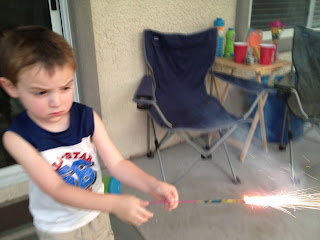 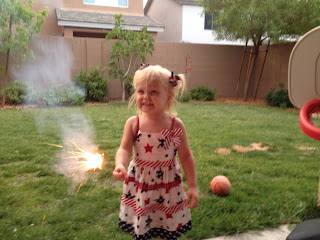 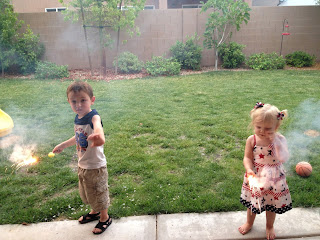 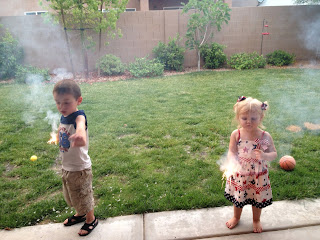 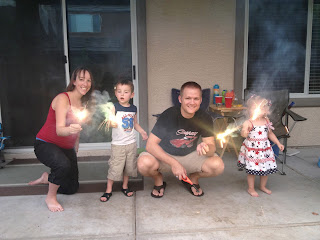 H was not frightened by them at all, which kind of shocked me.  She's brainy, but man is she a wuss when it comes to most things.  Everything freaks her out, including slides.  But apparently fire is awesome.  After every sparkler she'd say "I need do another one".  The kids were pretty good about keeping a good distance between them.  We had a few close calls, but no injuries, huzzah!

It was a good day.  And quite a good living example of the quote "Friends are the family you choose."
Email Post
Labels: 4th of July holidays Independence Day pictures