Last weekend, we attended the Air Force Ball.  I had never been to one before - only a handful of Dining Outs.  We love getting dressed up, and our last dining out was in '09 back at Wright-Patt.  That's actually where our bio pictures on this blog are from.  The tickets were expensive, but then we looked at the menu and there was going to be a MAC & CHEESE STATION!! Three different kinds of mac & cheese.  Wear a gown & eat fancy macaroni? I didn't care about the rest of the night, I was sold.  Plus T would be in mess dress which never hurts :). 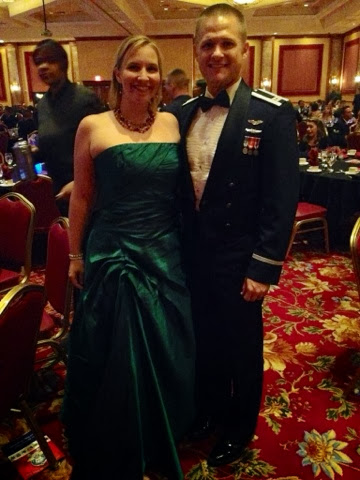 We got a sitter and headed down to South Point Casino.  In years past, I guess it was at the Bellagio, but they were trying out a new venue.  There was still some kinks to work out, but we still had a great time.

There wasn't enough room in one ballroom so we sat in the back-up room and watched everything on screens.  The speaker was fine - a little on the boring side, but most at these events are.  They did incorporate everyone making a paper airplane 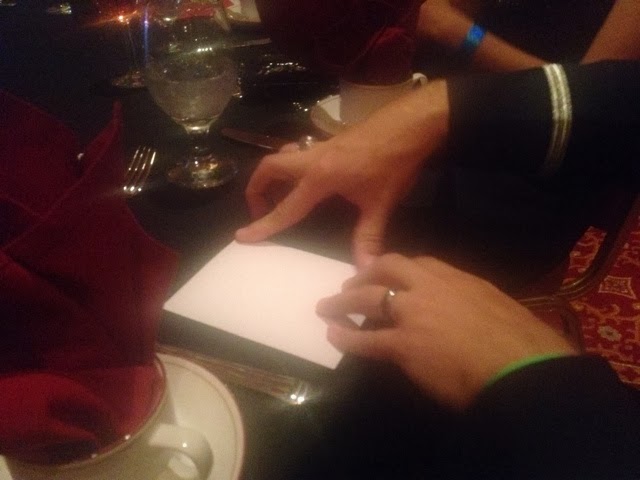 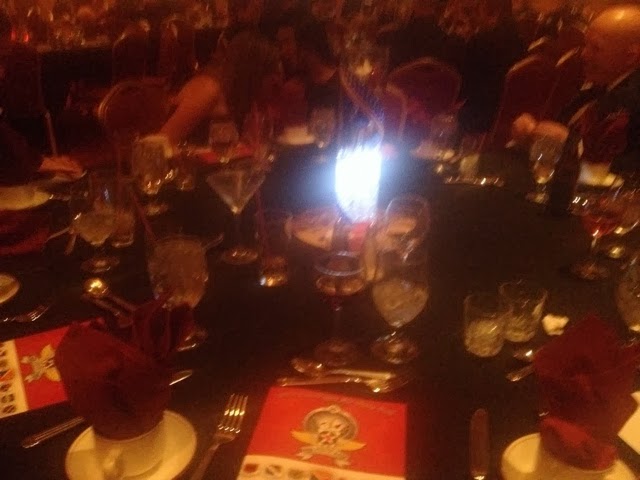 which was fun, but it turns out it was to throw at a cake and the one who came closest won a prize. We weren't even in the room so that wasn't happening, haha.

We ran into a couple we met during training back in Texas and sat with them & some people from their squadron.  We never really got to know them back then - she was finishing school & they don't have kids - but they always seemed really fun. They definitely didn't disappoint, and we laughed and drank and danced all evening.

The night was very similar to a Dining Out will all the formal business to take care of, but instead of people just making small talk and bolting after the meal, the booze flowed strong and the party was on!  They had a great cover band called The Spazmatics and the dance floor was hopping. 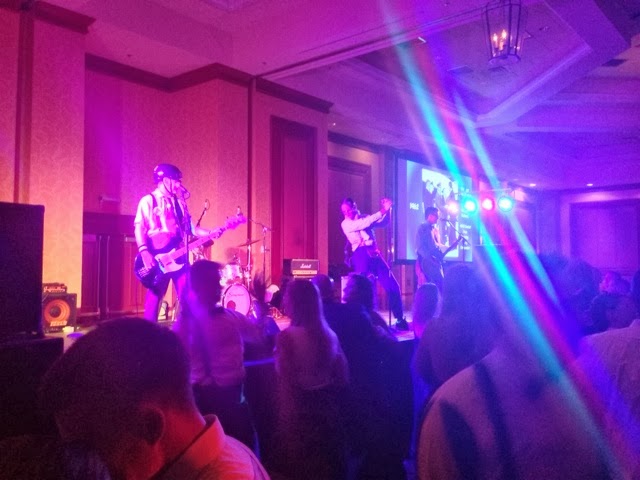 The party went until midnight and I hear they had to turn the lights on and kick people out! We ended up leaving about an hour early.  T had to drive us and he was getting tired.  I got halfway through my last glass of wine and hit a wall.  I needed to put it down and get to bed, haha.  We're definitely getting old, but we were happy with our choice when the kids got up in the morning.  Fortunately for us, the babysitter must've worn them out because they slept in until almost 8 the next day and we were grateful for that blessing. 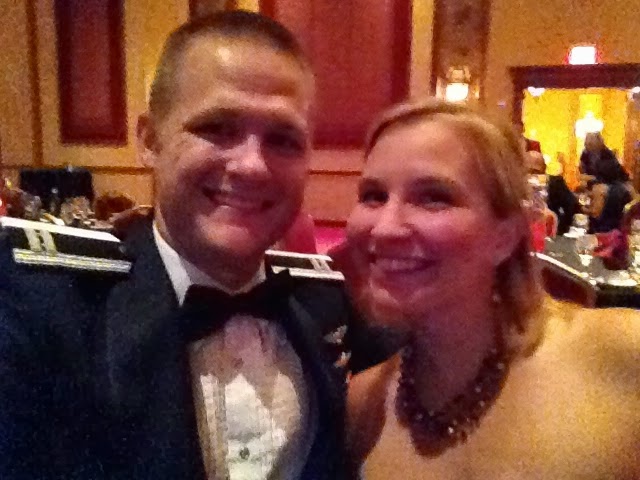