If you recall from my post about our road trip experience, it was a bit of a rocky ride to the great plains - pun intended! :)

But we did, indeed, make it to family.  It always goes by so fast, but it felt even faster because even though T took two weeks of leave, 6 days were dedicated to driving so we didn't get any extra time with everybody.  But we sure tried to make the most of it!

Grandma & Grandpa's house was a revolving door of family and friends wanting to get some face time with the kids -- let's be honest, we're nice and all but we just sing back-up to the babies.  As it should be, of course :).  That was the perfect way to do it, though, because it got to keep the kids relatively on their schedule.  It also allowed for them to see a ton of new faces in a comfortable place and made sure we weren't responsible for leaving anybody out.  Win-win-win-win? I've lost track.  Anyway, I'm saying it was a fabulous way to do things. 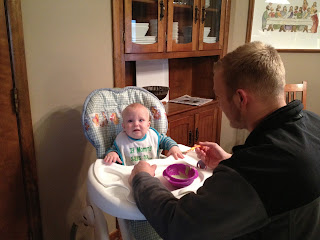 Even Uncle Doodoo pulls his weight :)

One thing we wanted to make sure of was that the great-grandparents got time with us.  Grandma K had both sets over for a lovely evening of dinner & conversation. 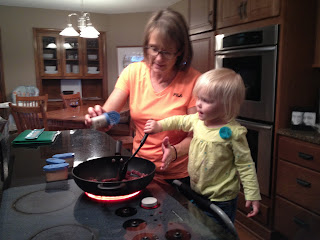 She LOVES to help in the kitchen!

We planned to come for their Spring Break, to get as much time together as possible.  But an added bonus was that Aunt K was able to spend the whole week with us, too!  The kids she is currently nannying were on vacation for it so she drove in from Kansas City!!  It worked out wonderfully.  Sure we spent some time with the kids, but we got to have a little grown up girls time as well - Pedicures, chips & salsa, and painting pottery! 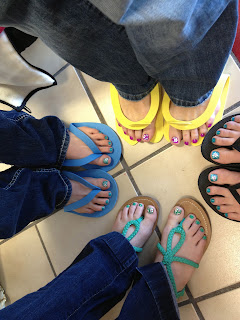 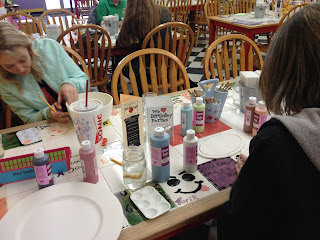 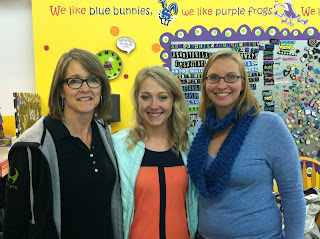 H got some quality time in with her godfather, 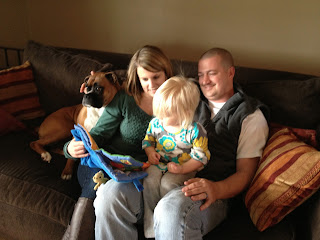 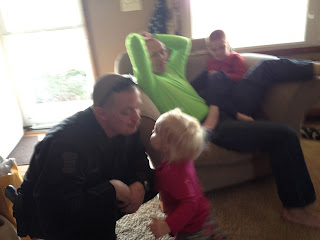 plus we got a date night with him & his wife! 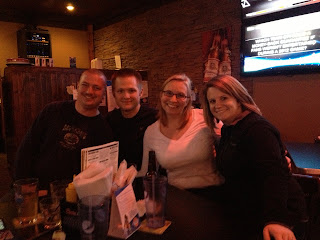 Nick drove in to see us as well, which was awesome, but I failed at pictures that night.  I know T misses his best friends so much, so it was great to get to go out to eat, play a game and chill out with everyone since getting home is so rare for us.  We probably won't see him back in Salina much now, but since his new job took him about an hour away from my parents' we hope to see him whenever we get back there! :)

We packed a lot into those 5 days before heading over to Missouri for the weekend.  Ah, tales to come . . .