It's evident by now that our little Pants is going to be the brains of the operation.  She's going to annoy teachers, probably have my eyesight so she'll have glasses by 1st grade, and come up with brilliant excuses to miss gym class.

Tank, on the other hand, it seems that he will bring the brawn.  He is very interested in climbing already and dude can barely crawl. He's probably going to have to transition to toddler bed at the same time as his sister because he's going to climb up the sides of his crib.

His journey summiting his couch: 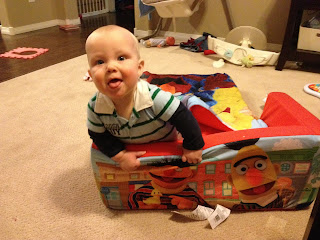 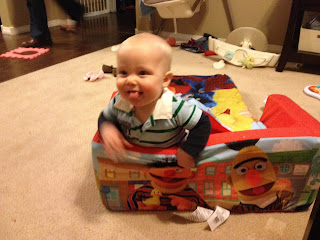 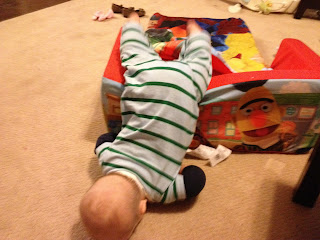 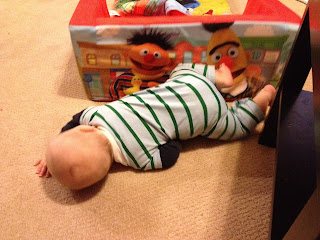 No tears were shed; he actually looked rather pleased with himself.  Anyone concerned about safety, I moved the table over and both his father and I were there, hands at the ready to make sure he did not injure himself.


And last week we were having dinner at a friend's house.  I put him in front of those chairs with some toys and a great view of the ceiling fan.  A few minutes later, I found this: 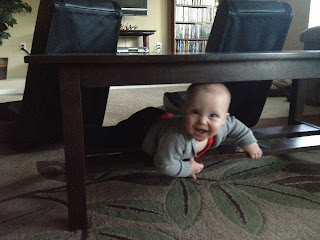 He's totally off the ground on the table's bottom shelf and he did that 100% on his own.  I think we're in trouble.  But also in for a lot of fun . . .
Email Post
Labels: adventure junkie climbing future athlete the dude