I was born on New Year's Day.  It has it's upsides & downsides.  But as an adult it's nice to know there's always going to be a party!  When we still lived in the midwest, we'd go to Brandywine Country Club for their fancy party.  I LOVE getting dressed up.  And drinking.  Add dancing & a live band, I'm sold.

Then we moved to TX and didn't get home for my birthday.  We had "lame parents new years" which was actually really fun!  It was our first holiday with a kid, same for our friends Jenn & Dan.  Holly & Dan (different Dans, we're not sister wives. . . yet ;) ) were seasoned pros at it, and the six of us hung out at our house playing games, and celebrating in comfys (aka sleepy pants or jammies).

This year, family friends who live out here agreed to babysit.  So we had a proper date!  We don't get those often and it was nice.  The type of party it was, would have been more fun if we had friends with us, but we do actually like each other so we still had a good time.  We went to a rooftop party at Terribles Casino.  It's a few blocks off the strip, so we got to see the fireworks without dealing with the chaos & traffic.  Open bar, live band & munchies.  It was a little cold, but enjoyable.  We hired a car service to drop us off & pick us up which was a mega good idea given that we saw at least 7 cops pulling people over. 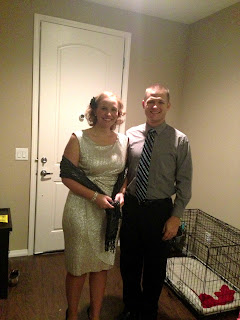 Grabbing a quick pic on our way out the door 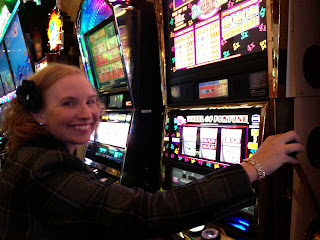 Trying for a little birthday luck 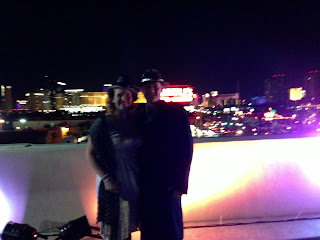 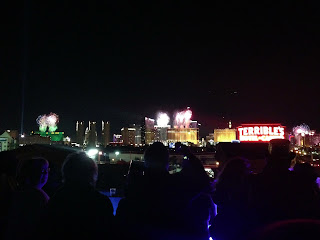 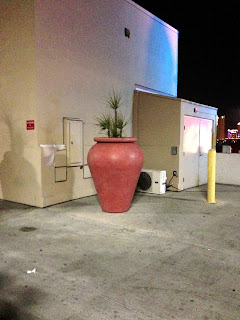