Today I'm thankful for groupon!  There are so many things that I wouldn't even know about or wouldn't think about doing if they didn't have those daily deals.  Most recently, it led to a girls night out with Natalie.  We went down to the Rio, had drinks and good conversation before and enjoyed a show.

We saw a new parody musical called "Spank!" and it was mocking 50 Shades of Grey.  It had some good moments, and I definitely cracked up a few times.  But overall, I felt it was very overacted.  I'm not sure if it'll make it as the next sensation, but it was entertaining.  I think that if you really enjoyed the books, it might be a little too harsh for your taste.  But if you have a sense of humor about it's origins and just how poorly it was written it was entertaining.  And we looked good 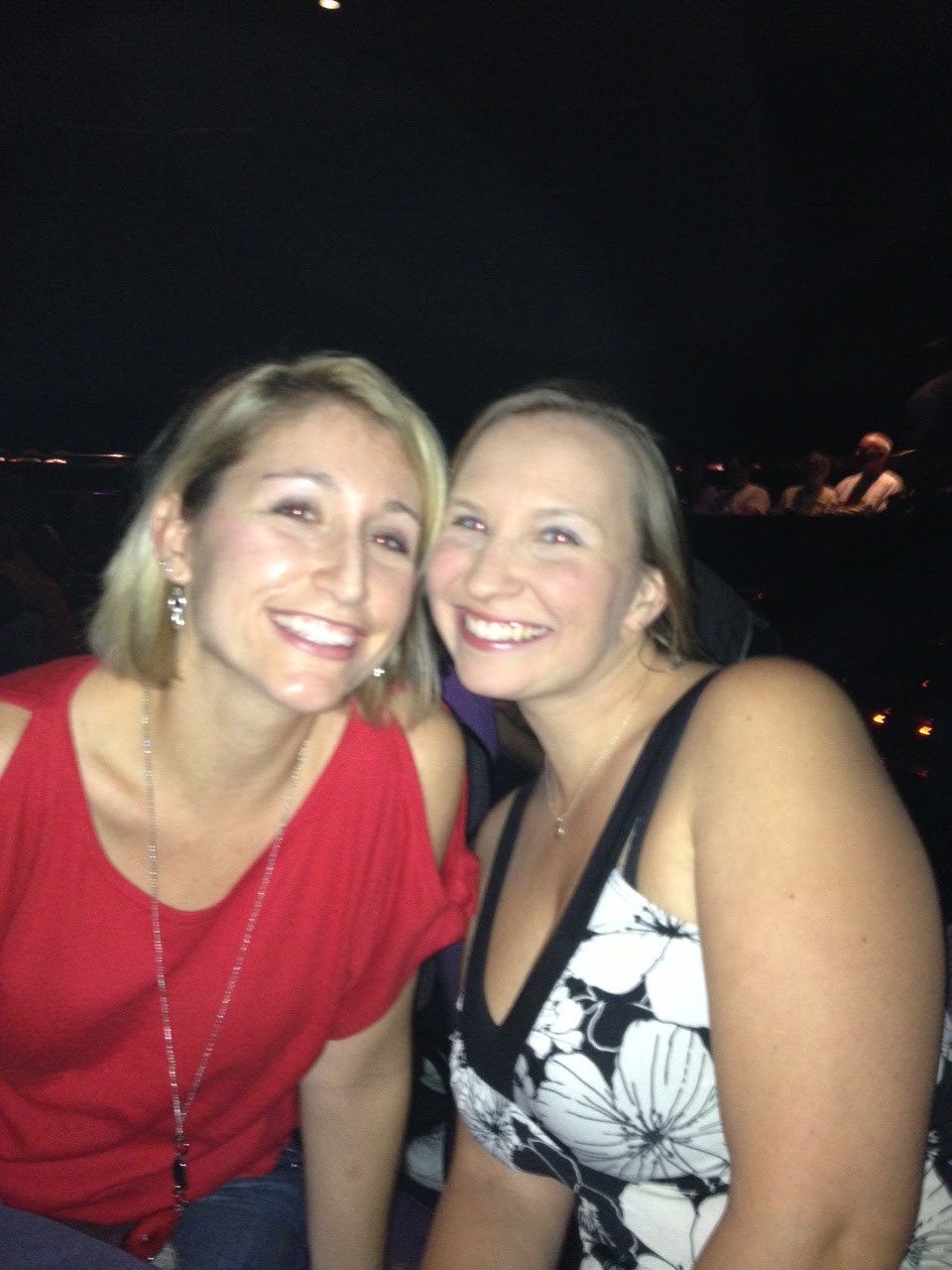 Both of our husbands commented on how we don't put in that much effort for them, haha.  But it was girls night.  We're fancy :)
Email Post
Labels: 30 days of being thankful friends girls night out musical theatre